(Click here for a link to the first part of Exploring London with Mom!)

After walking through Portobello Market, my mom and I headed south. 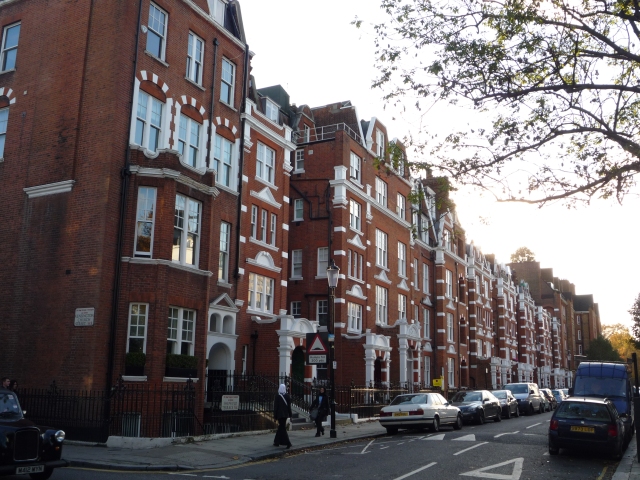 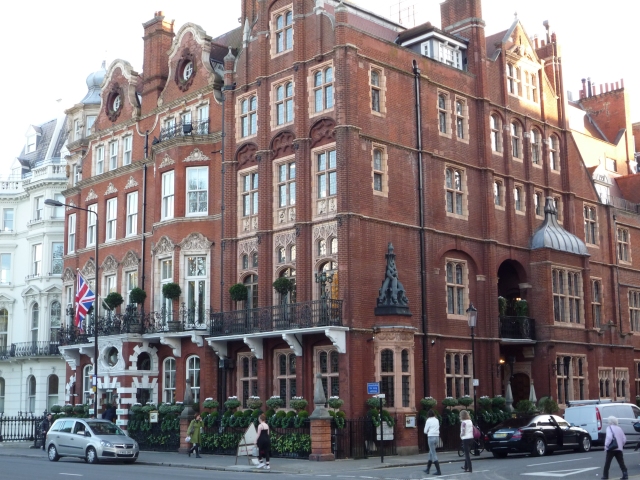 We were on our way to Harrods, but ended up finding Kensington Gardens, Royal Albert Hall, and the Prince Albert Memorial along the way. I love discovering a city this way: wandering around and coming upon unexpected but still amazing things.

The Prince Albert Memorial was just magnificent, especially in the setting sun. 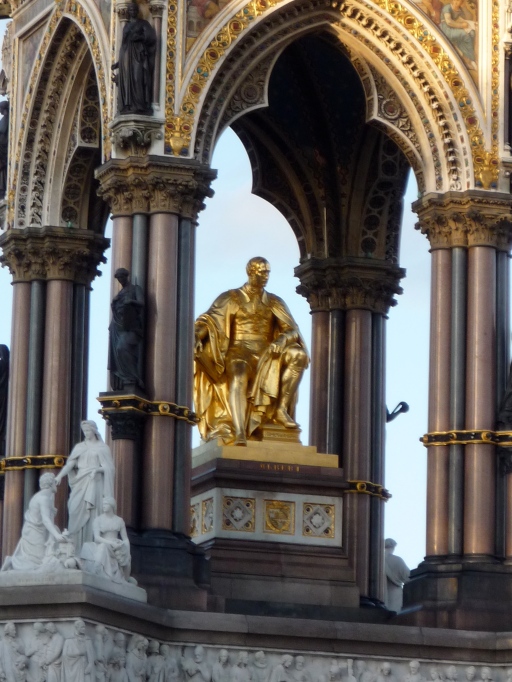 What a pretty section of the city.

Reason #43 to move to England: there are still leaves on the trees in November!

We eventually made it to Harrods and looked around a bit. I like Harrods, and think it’s a must-see when in London, but it sure is hectic in there. 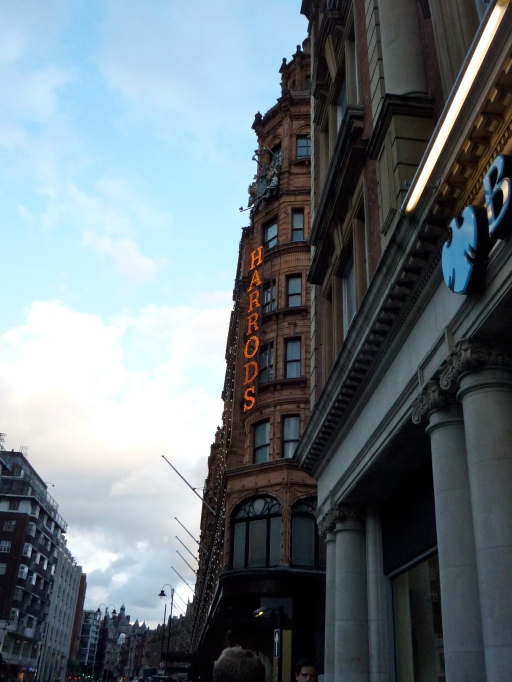 As the sun started setting, we headed over to Bond Street. I LOVE the holiday season, and Christmas lights are one of my favorite parts of it. I had looked up where and when the lights were going to be set up ahead of time, so we knew just where to go. 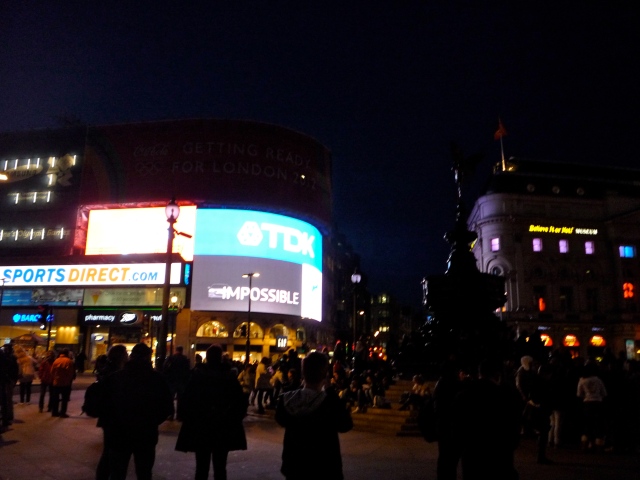 It hit us at this point that we had had a really long day, so we decided to head back to the hotel for the night.

The next day we headed out into the bright afternoon (seriously, there were some beautiful November days while I was over there!) and back into the city to do some museum-ing.

The first (and, as it turned out, only) museum we visited was the Natural History Museum, which was a gorgeous building. I think it is one of my favorites in the whole city! 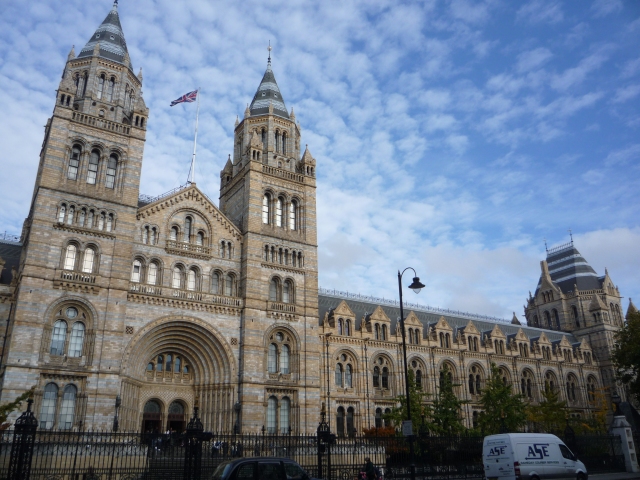 Even though admission was free and there were loads of things for us to look at, we got through about two rooms and called it quits. I love history (it’s one of my minors!), but museums are a bit overwhelming to me. There is always so much to look at, it’s difficult to know where to start. I guess mom and I just weren’t in the mood to explore a museum that day. So, we decided to head to the West End theatre district for some lunch and a show.

There were loads of fun places to eat in the West End, but we decided on a pizzeria.

And because I can’t pass a shop without getting some (provided it doesn’t have eggs in it):

For our show (we had made it a goal to see one production while my mom was in London), we chose Les Miserables. It is such a well known show, but neither of us had seen it. Plus, the tickets that we got were pretty cheap.

It was pretty good. After the first scene, it was stopped for about twenty minutes because, as it turns out, the lead actor/singer had gotten violently ill and couldn’t perform! They had to call in a backup, and the show resumed. My poor mom was still suffering from jet lag and ended up sleeping through nearly the entire thing, but I enjoyed it. 😉 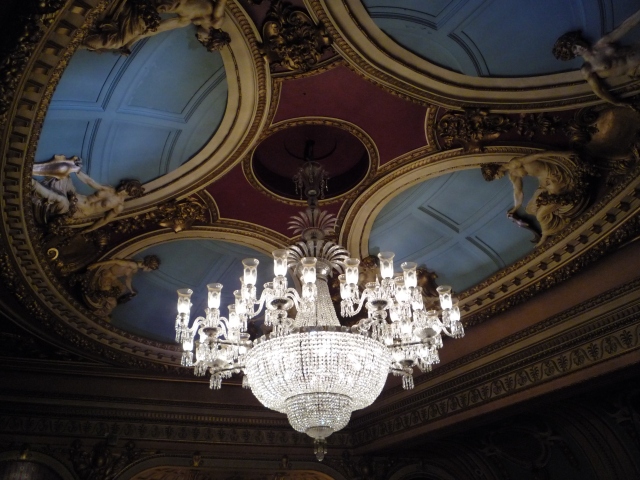 That night, we ended up going back to the hotel relatively early. Both of us were tired from so much exploring! We rented “Water for Elephants” on the hotel tv and just relaxed. It was a nice way to end a fun day. 🙂

The next day was our final day of exploring London. Unlike the day before, it was cloudy, chilly, and windy – much more like the Novembers I’m used to! Our first stop was St. Paul’s Cathedral.

This, too, is a beautiful building. It was so peaceful on the inside. My mom and I had planned on going back to the Cathedral before she left to attend a service, but unfortunately, travel delays prevented us from doing so. 😦 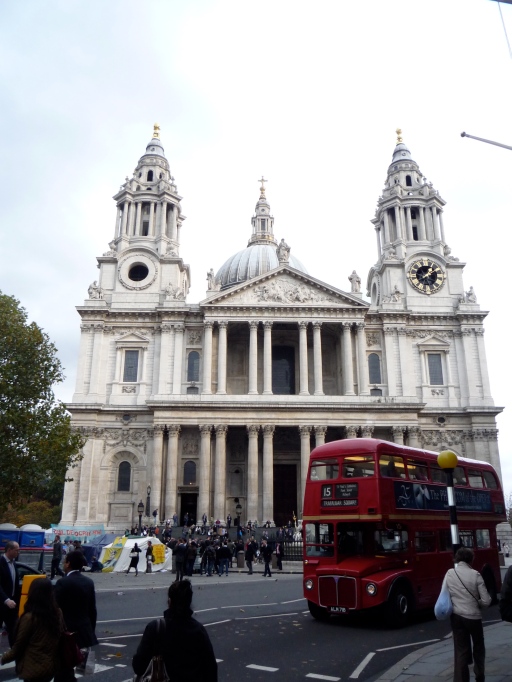 I love this photo – the old double-decker makes it so much better!

After St. Paul’s, we crossed the Millenium Bridge…

Told you it was windy. 😛

…to the Globe Theatre! 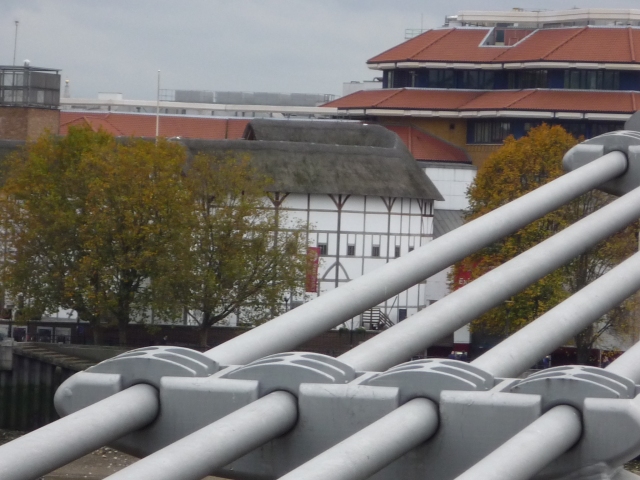 For those of you who don’t know, I’m an English major and I looooooove Shakespeare. I know that sounds cliche, but I really do! Even though this theatre is not the original (the original, as well as a few replications, have been destroyed by fire) it was so cool to see it!

Upon the suggestion of my friend Briana, who studied in London a year before me, our next stop was the Borough Market. I am a huge fan of markets, and this one didn’t disappoint!

Such beautiful colors on a gloomy day! 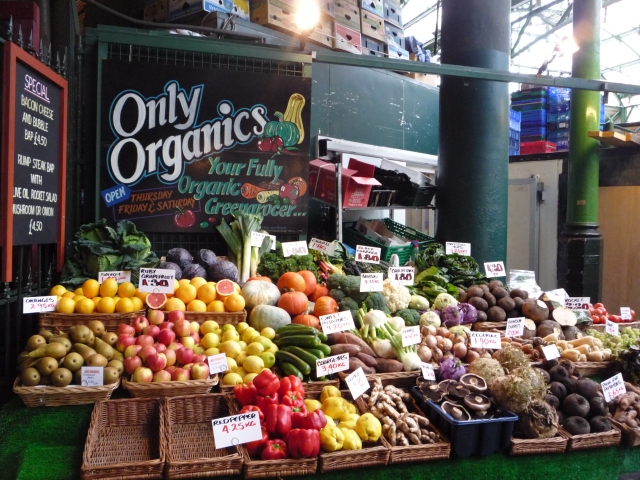 My mom and I turned in early that day, too. We had to be up the next morning for a train, and were still tired from so much walking and exploring!

So, the day ended with a pasty… 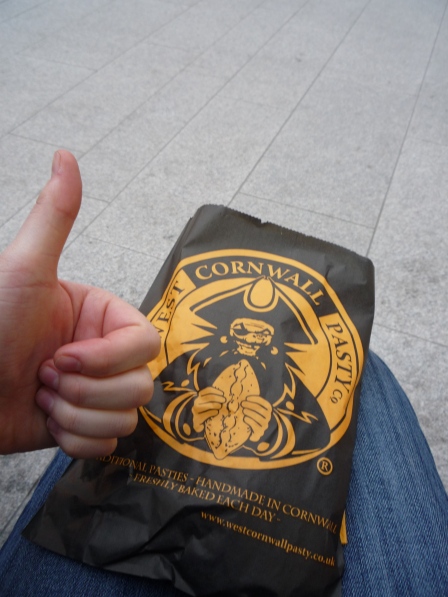 …and a quick stop at Westminster Abbey for some pictures and souvenir shopping.

I had such a wonderful time exploring London with my mom. We were very lucky to both have our school breaks during the same week so we could spend some time together.

Check back soon for the recap of the weekend of traveling my mom and I did!

P.S. Happy (late) Bonfire Night to all of my British readers! 🙂