Good morning! How are you?

Everything is going pretty well over here. Spring break is on the horizon: I have four hours of work, two exams, and two classes that stand between me and it. And a two hour drive in hopefully decreasing blizzard-y conditions. But we won’t talk about that. 🙂

Hosted by Jenn of Peas and Crayons.

You’ll be able to tell in the following photos that I didn’t have access to my brother’s “good” camera this week. I just had to use my trusty little one. 😉

I branched out a bit this weekend and tried some flavored Chobani for breakfast. (In this case, alongside an apple.) Unfortunately, apparently my stomach didn’t like that one minor change from plain Greek yogurt to flavored, and both days that I started out with delicious flavored Chobani, my stomach freaked out.

Over recent years I’ve noticed that my stomach gets upset if I start the day with something radically different, but I have to admit, I was really surprised at how awful I felt after such a small change.

Most of my lunches this past week were leftovers, but I did try something new: 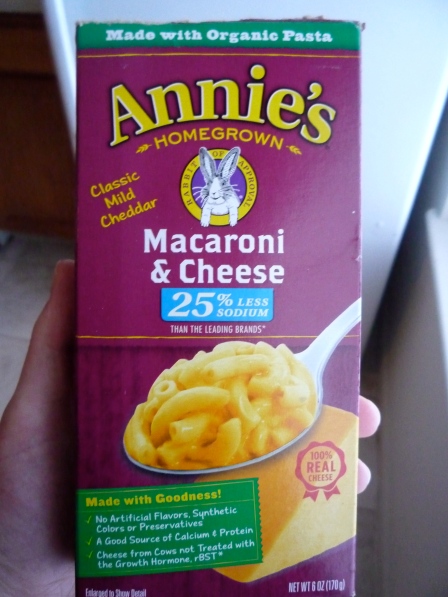 This stuff was gooooood. And not only because I haven’t allowed myself to have mac and cheese in a couple of months. The taste and texture were wonderful. Usually I can tell when something is reduced sodium, but not at all in this case. It still wasn’t the healthiest meal in the world, but when the craving strikes, might as well make it happen with “healthified” dishes, right? 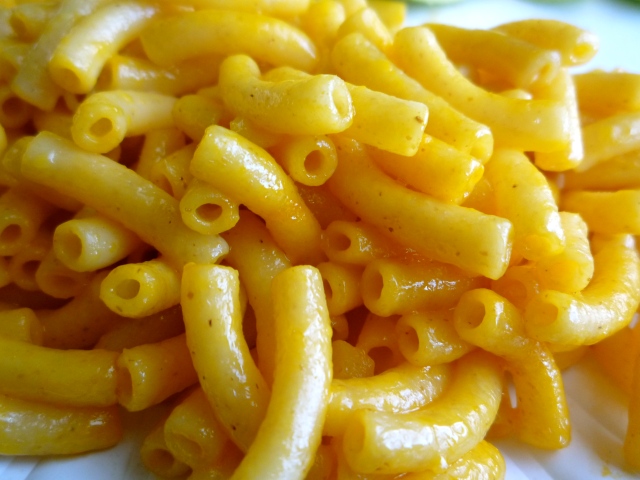 Just a sidenote to any parents/babysitters/caregivers out there: I think that you could “trick” (for lack of a better word!) kids into eating this stuff. Like I said, there was next to no difference between this and say, Kraft mac and cheese, but the ingredient list for this box was pronounceable and recognizable. I’m not advocating tricking kids, but…you know what I mean. 🙂

Going along with that whole organic, “healthified” theme, I picked these little bunnies up at the store the other day.

They were gone in an embarrassingly short amount of time. They’re gooood. And because of that, I probably won’t ever buy them again.

But not all of my snacks were junk food: I also bought a small pack of dried apricots. I love dried fruit! 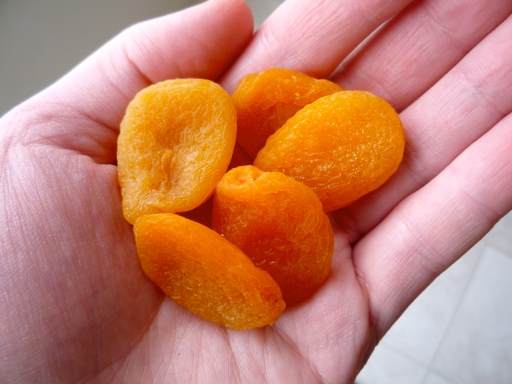 Last week I made myself a baked quinoa tuna dish. If you all are interested, I’ll put up the recipe – just let me know!

This Vegan Salsa Beans and Rice was also on the menu, as you might already know…

And finally, another quinoa dish. I sort of envisioned this to turn out like “tofu parmesan”, but I took out so many ingredients (due to lack of them) that I don’t even think I’ll call it that. It’s just a nameless, tasty dinner.

On the same evening that Dan and I made the Vegan Salsa Beans and Rice, we made this amazing Chocolate Berry Cobbler. The best part about it? Only 3 ingredients!!

Looking at it now, I realize it doesn’t exactly photograph the best…but taste is more important, right?

Check back tomorrow – I’ll have the recipe up and ready for you!

Finally, for the first time in quite a few weeks, we got some frozen yogurt. We had a punch card that was one punch away from the discount ($4 off a purchase!), so I decided to loooooooad it up. 😉 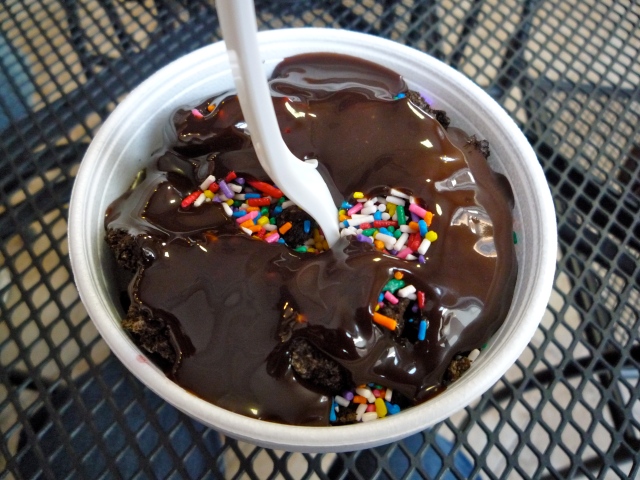 In other news…how many of you watched the Oscars on Sunday night? I started watching the red carpet at 7, and watched the show until about 10:50 until I fell asleep. I hate how they drag it out so much and make you wait until the end for the good stuff!

I missed Jennifer Lawrence’s infamous trip up the stairs, but I did catch some interviews of her the next day, and I have to say, I really like her. Or at least what she seems like. She’s not a fake, dolled up, skeleton girl, but she looks fit, healthy, gorgeous, and seems very real and nice nonetheless. There really need to be more women out there like that that people can look up to. And I still haven’t seen Silver Linings Playbook, but I really really want to now!

Of course, the Les Mis skit they did gave me chills – wow those people can sing! And I was glad Daniel Day Lewis got best actor award. My dad is a Lincoln fanatic and said Lewis nailed everything about the man (well, from what we/historians know about him). I don’t “know” Lincoln as well as my dad does, but I liked the movie and thought he did a great job. I was kind of surprised Argo won the big one, but my family just bought it last weekend, so now I’m excited to see what it’s all about.

I don’t really have much else to talk about today…I’ve just been studying and doing homework this past week.

Questions for the day:

Has spring hit your region of the country (or world) yet? 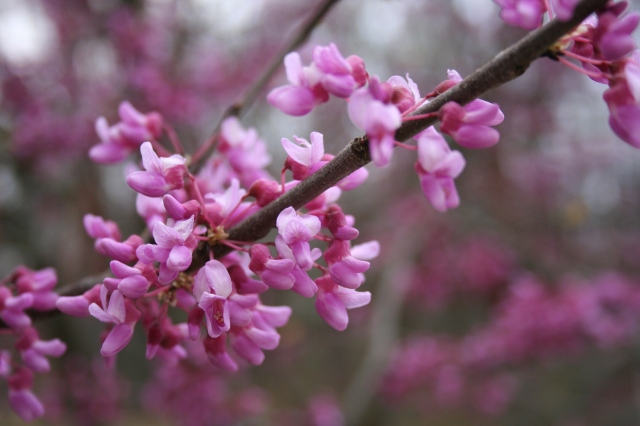 Do you have spring break coming up? Any big plans?

Did you get a chance to see any of this year’s nominated films? If so, which was your favorite? If not, which are you most excited to see?

What’s new with you? I could use some new, interesting, or fun stories in my life!

Thanks for reading. Have a wonderful Wednesday, everyone!