As amazing as my first day in Switzerland was, I have to say, my second was even better! In fact, it was one of the best days of my entire Study Abroad experience.

I woke up to a beautiful, if not slightly foggy, morning the second day in Switzerland. Check out this view from their front window!

After breakfast, Barbara, her two sons, and I all got into the car and headed out to Gruyères. It wasn’t a very long drive, but was full of interesting conversation, and amazing views. 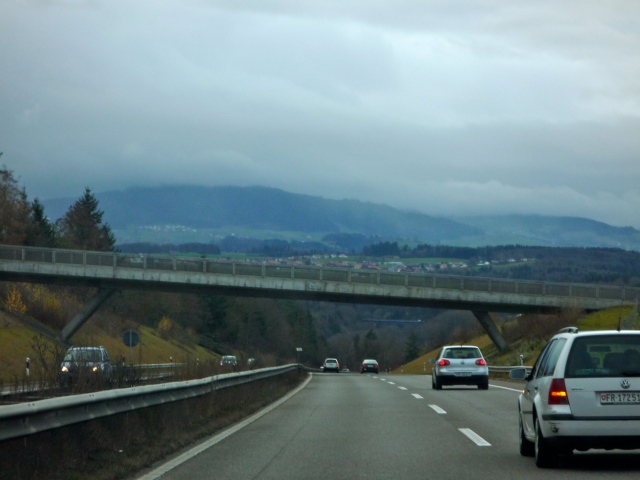 I think that even if I saw these mountains every day, I could never get tired of them.

We were getting a bit worried the closer we got to Gruyères because the sun had been hiding behind the clouds and there was a fair amount of mist hiding the mountains. Barbara had told me that the view from the Castle was amazing, so I was really hoping the mist would clear up and I could get some good pictures.

Either way, the views from the driveway up to the castle were breathtaking. This is one of my favorite pictures ever. 🙂

Gruyères is actually a medieval town, but is best known today because of the type of cheese that comes from it.

The surrounding views were amazing, but the sun still refused to come out. Barbara and the boys kept telling me that there was a huge mountain that we still couldn’t see.

We toured the historical aspects of the town first…the cheese and food came later. 😉 One of the biggest attractions in Gruyères is the Château de Gruyères, a huge castle that was built in the early 1200s.

Within the castle was a sort of museum that included artifacts from the many centuries, different paintings, furniture, and other such things. 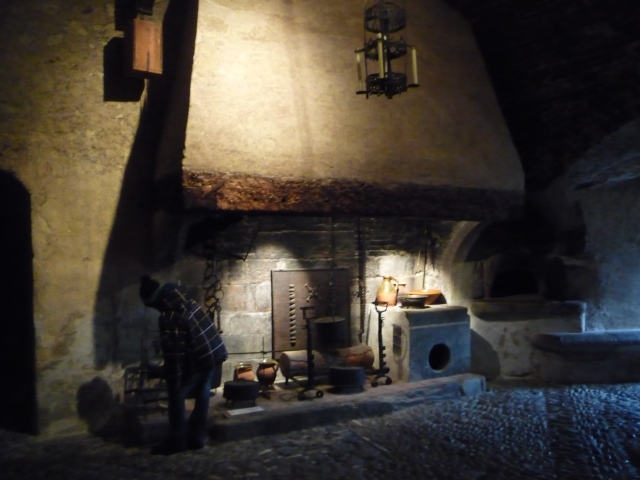 As we wandered through, we noticed it was getting lighter and lighter outside…

By the time we had toured the entire castle, the mist was almost gone and the mountains were visible! 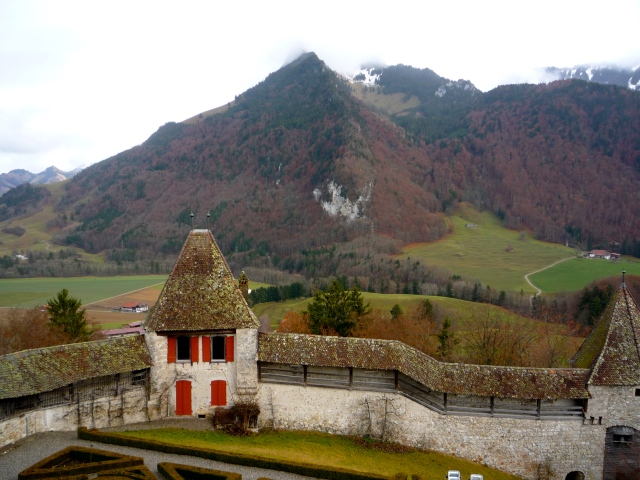 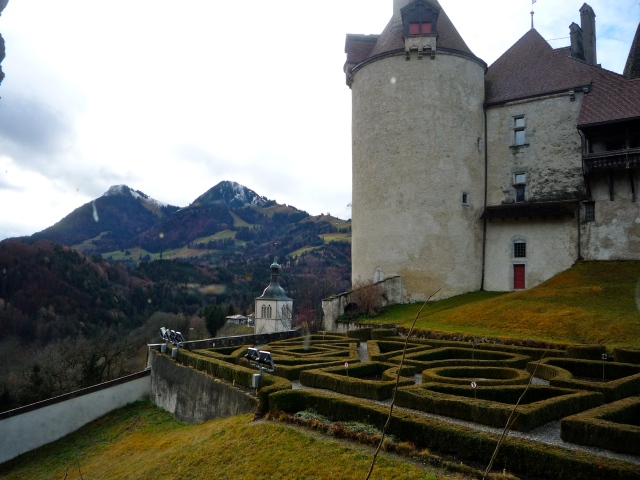 Can you imagine a better backdrop for a photo? 🙂 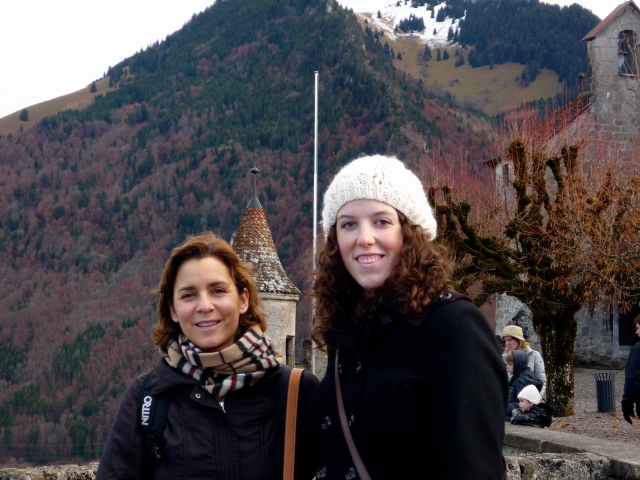 More mountain views. (It was SO difficult trying to figure out which pictures to use in this post!) 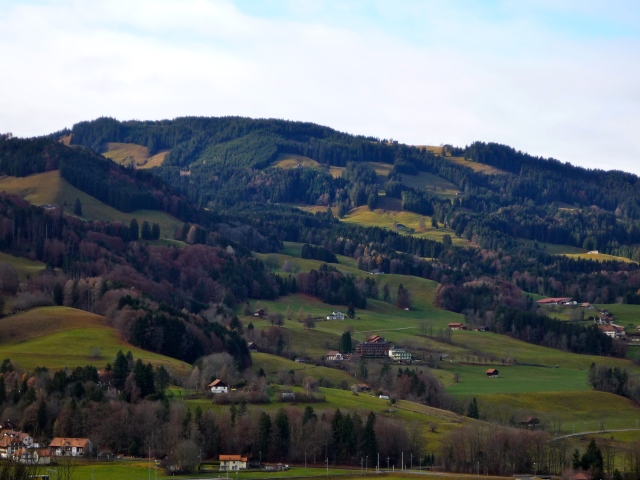 Wow. One of the best parts about doing this recap is that I get to look at all of the pictures again! 🙂

After enjoying the scenery, we headed back into the town for a pick-me-up (read: more hot chocolate for me) and a tour of the town. 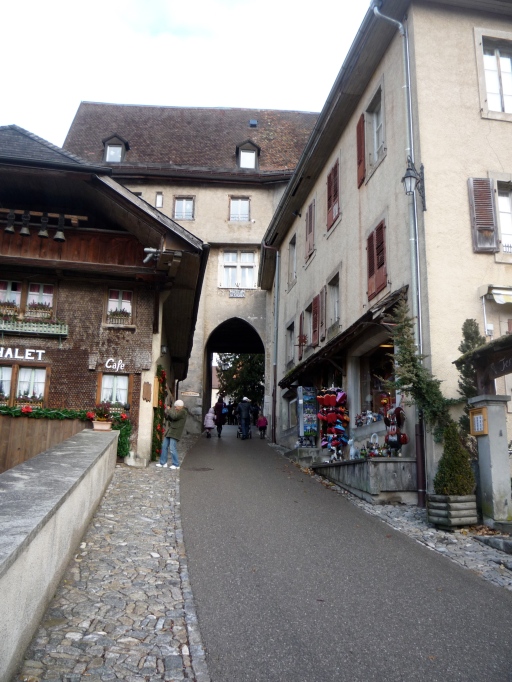 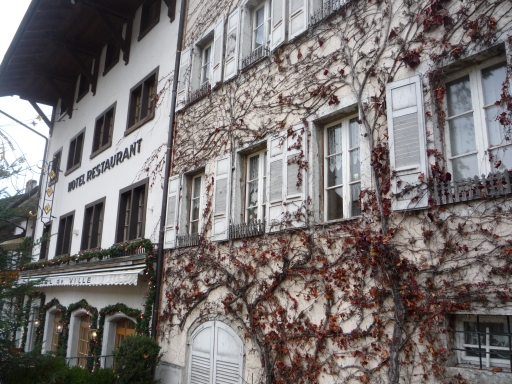 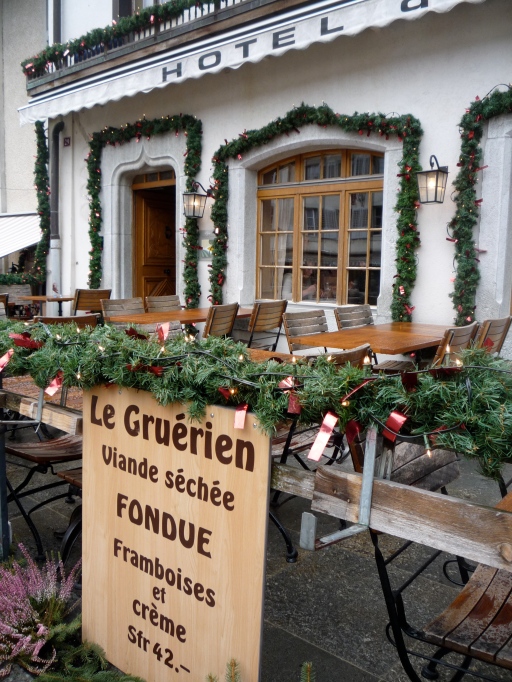 I still had some Christmas gifts to pick up, so we ended up stopping in a few of the cute shops lining the streets. I even bought a wedge of Gruyères cheese to bring home to my dad from this shop.

We then said goodbye to the town… 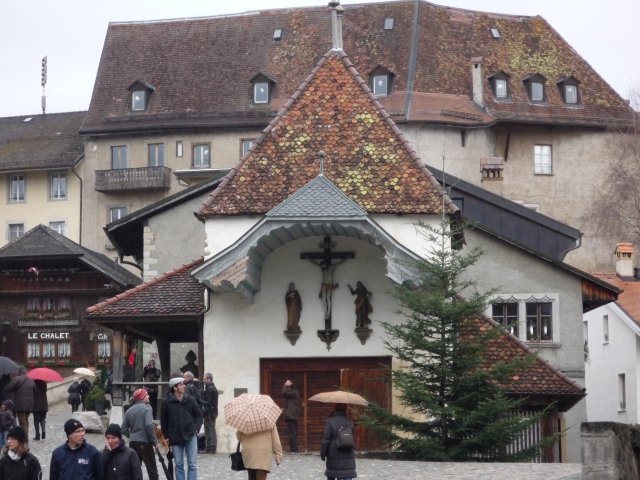 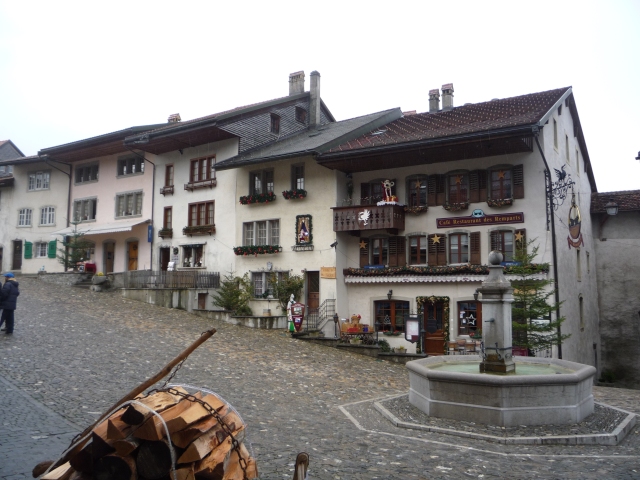 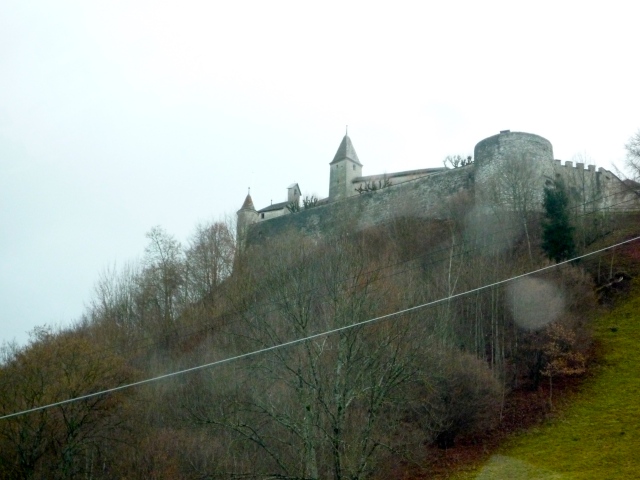 …and got back in the car to head back to the house.

I hope you enjoyed the pictures! As I said, this day in Switzerland was my favorite because of those absolutely amazing views. I’ve tried, but words can’t describe them. If you’re ever in Switzerland, I highly suggest that you stop at Gruyères. 🙂