Is it just me, or is this week flying by? It just doesn’t seem like it should be Wednesday yet…not complaining, though!

Because I’m going to share a WIAW with you all and a recap of what I did on my birthday, I’ll get right to it!

Boy oh boy did I have some good eats this past week!

At school, of course, I enjoyed my usual greek yogurt + granola + fruit, but I won’t make you suffer through another picture of that. Over the weekend, I made up a mixed berry protein smoothie every morning!

For some reason, purple is a very Halloween color to me, so I thought I’d get creative with my photography and put the purple-y smoothie next to some pretty fall leaves. 🙂

Turns out the only noteworthy lunch I enjoyed this past week was on my birthday, so stay tuned for that!

Soooo I went a little crazy with the snacking this week. Normally I’m not a huge candy eater, but when Halloween rolls around… 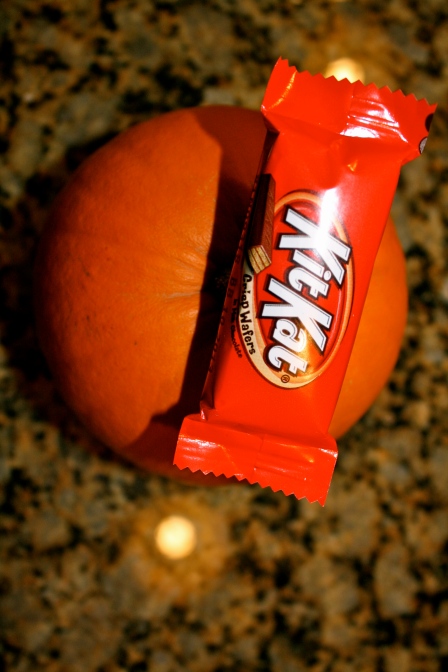 My brother is slowly transitioning to a gluten free diet, and my mom bought this GF snack. Which I ate a lot of. I love anything cheesy! 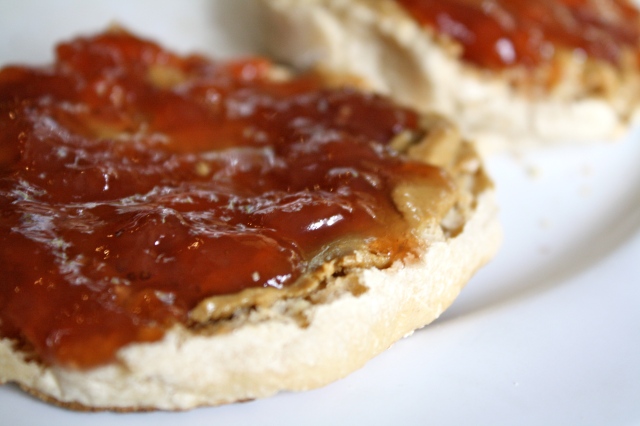 I also enjoyed a lot of delicious dinners over this past week – not even including the one I had on my birthday!

Some of my favorite dinners are the simple and healthy ones: chicken, broccoli and asparagus, and brown rice. Yum.

Another fantastic dinner was this sort of chicken taco salad. Basically, I sauteed a red bell pepper with about half a cup of onion until they were both soft. I then sprinkled some homemade taco seasoning (chili powder, cayenne pepper, oregano, pepper, and cumin) on top, and threw in maybe 1/3 cup of water. To that, I added about 4 shredded chicken breasts. I let that all cook until it came together, then added that, some brown rice, and salsa to some lettuce!

I got kind of crazy with it and added some cheese and tortilla chips, then chopped it all up with kitchen scissors. It was soooo good! 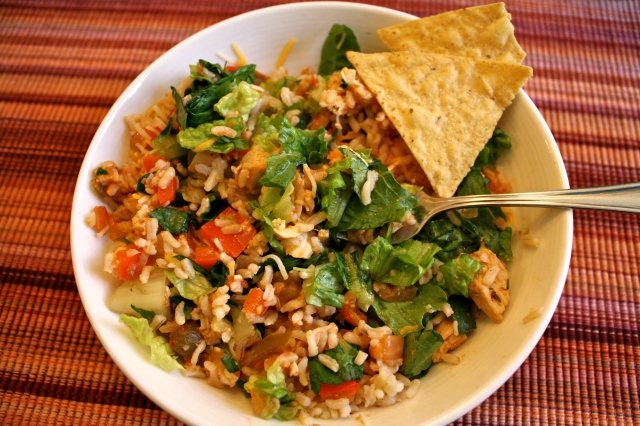 Because it was my birthday week (even though we all know I don’t need an excuse like that), I made myself a couple of 5 Minute Microwave Brownies.

The first I enjoyed with a bit of whipped cream and lots of fresh strawberries. 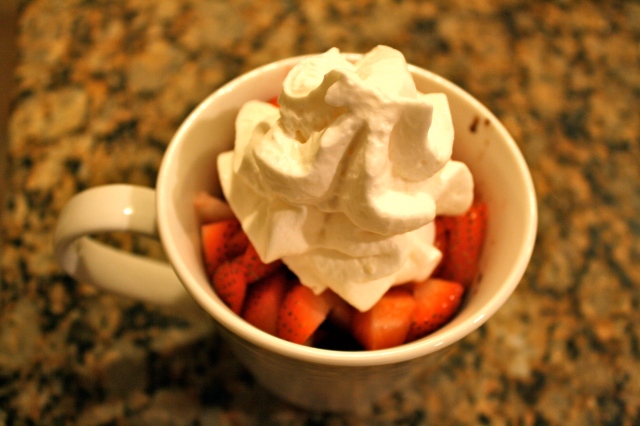 The second was plopped out of the mug and onto a plate for picture taking. I then impatiently put the whipped cream and sprinkles on top….and it all melted before I could get a good picture of it.

So I put it back in the mug with lots of fresh raspberries. And everything was happy again.

So on Saturday, I celebrated my 21st birthday. Instead of doing the typical (American) 21st birthday celebration (one that usually is not remembered by the person having the birthday, if you catch my meaning), I decided to go wine tasting with my parents.

Initially, we were going to go to Traverse City, which is all the way up at the top of the Lower Peninsula of Michigan (that sentence had a lot of contradictory words in it. Haha.), but the weather was supposed to be stormy all day. So, instead of using up a whole bunch of gas, we headed over to Saugatuck, which is on the lower west side of Lake Michigan. 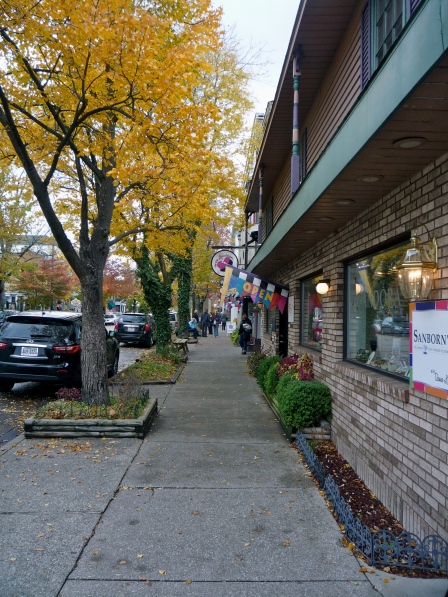 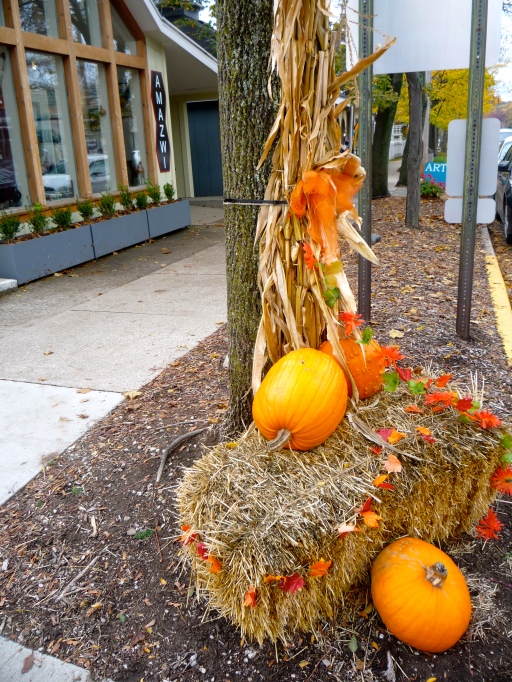 It rained the entire drive there, but thankfully, it was relatively pleasant and dry the rest of the day! We were all surprised by how many people were out and about, but it made for a fun atmosphere in the little town.

For lunch, we stopped at a great little restaurant called Pumpernickel’s.

Check out the old KitchenAid Stand Mixers up at the top!

Every time I go to Pumpernickel’s, I order their chicken quesadilla. It’s nothing but chicken, cheese, and black beans on the inside, but boy is it good! 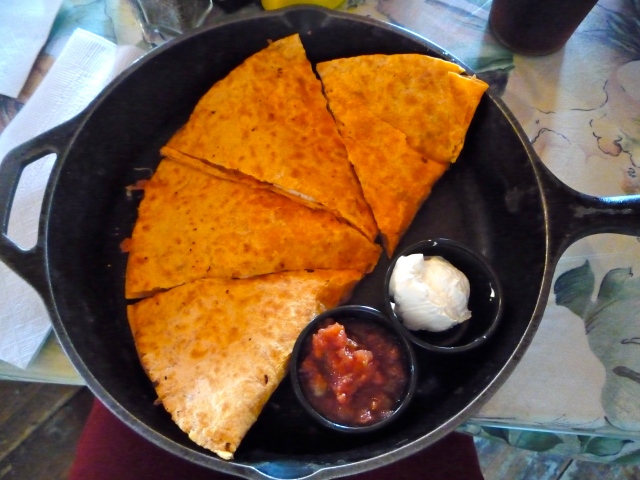 After lunch, we wandered around the cute little shops for a bit.

There were at least three shops just for dogs (and cats), including this one that had a table full of homemade treats for dogs! 🙂

Fall was everywhere in Saugatuck – so many places were embracing pumpkins, apples, and pretty fall colors! 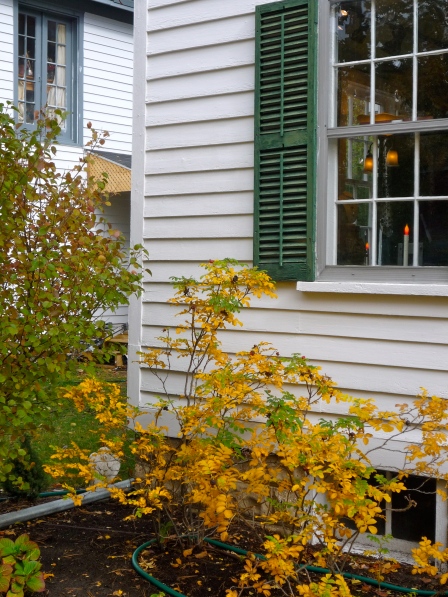 There were three wine-tasting shops in Saugatuck. The last two that we visited were my favorite; the atmospheres and owners/staff in each were very nice! 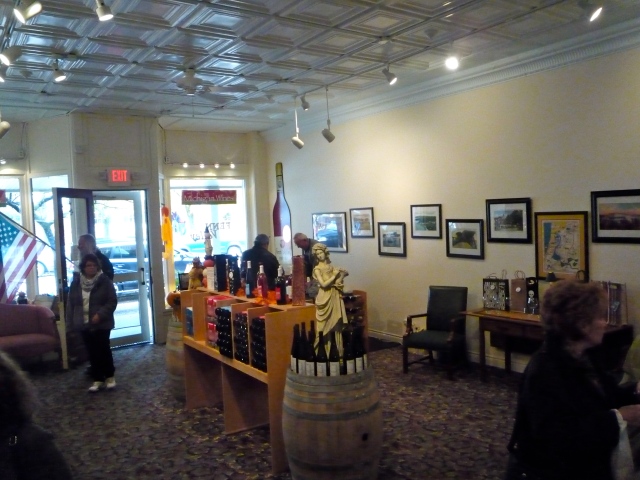 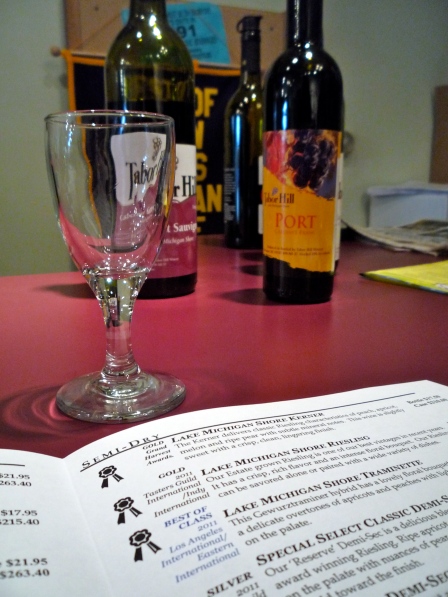 It was very fun and interesting to learn the terminology wine people (apparently I didn’t learn the term for them!) use. I sampled a couple of wines from each place, but I think my favorite was the Spumante from the last place – Italian sparkling wine!

After leaving Saugatuck, we drove down to Holland and walked around for a bit. It was getting pretty cold (the wind off Lake Michigan is bitter!), so we made a quick pit-stop into the candy shop before heading to dinner.

(A side note: I should not be allowed near candy corn after this holiday is done. Like, ever. I need a restraining order.)

One of my favorite restaurants around where we live is Mangiamo’s. It has been featured before on this blog (we went there for New Year’s this past year!), and I love the atmosphere and food so much, I decided to go there for my birthday dinner. 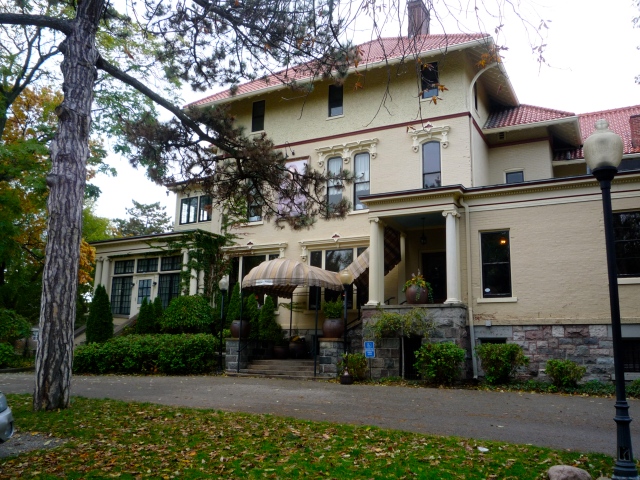 The restaurant is actually an old, converted Victorian house from the 1800s. It is so pretty, inside and out.

OK. This bread. If I could choose one thing to eat for the rest of my life, this (plus the olive oil cheese balsamic vinegar dipping stuff) would be it.

I was super excited to see that, on the menu, the have a “Superfoods” section, which is full of, well, superfoods. Lots of veggies, healthy fats, and proteins were in this menu, and the second I saw the salmon, I was sold. Here’s a description from the site: 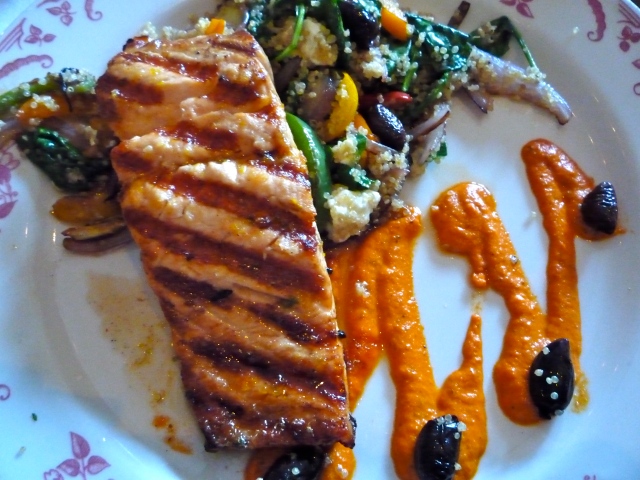 This was by far one of the best meals I’ve ever had. The flavors and textures played off each other so well: the salty feta, the tender but crisp veggies, the velvety coulis, and the sweet, caramelized crust of the salmon. Wow. That’s all I have to say about that.

I had such a great birthday, full of family, relaxation, and good food. That’s all I need to be happy! 🙂

Thanks for reading! I hope you all have a great day!