Yoga and Other Things

I have next to nothing planned for this weekend, and am so looking forward to it, especially since it’s supposed to be perfect weather. What are your plans for the weekend?

Well, this week wasn’t so great on the yoga front. The only workout I’ve managed to do was on Sunday, and that was the P90X routine. It felt wonderful, mostly because I haven’t done it in so long, and partly because there was no reason for me to rush through the entire 90 minutes of it. But despite my week workout plans, that was the only yoga I managed. Hopefully I’ll fit in some tomorrow!

At some point within the next week (June Yoga Challenge is almost over – where on earth did this month go????) I want to try mybarre3, as I’ve heard nothing but good things about it. Hopefully that will lead to a more interesting yoga update next week!

I wanted to share with you all a quick recipe that I created for yesterday’s lunch. With my attempt at GF eating, I’ve been incorporating much more corn, rice, flax, and various other grain-based foods into my diet, which I think is great. Can’t get much better than experimenting with food! 🙂 So anyway, yesterday I threw together a quinoa dish! It’s a really complex recipe, so watch out: 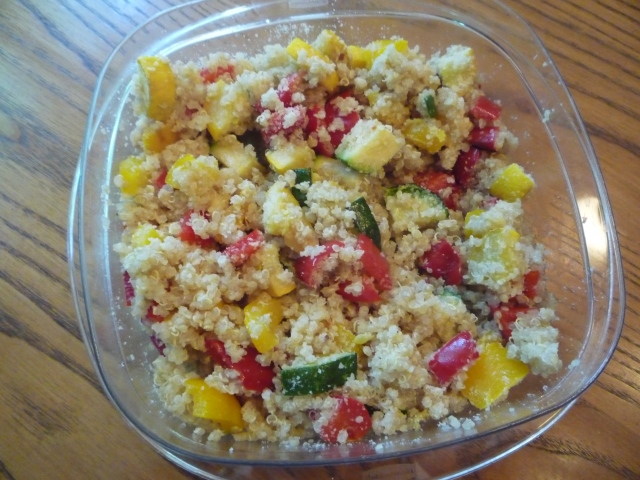 Notes:
– I cooked the quinoa in water, but I’ve heard that using chicken or vegetable broth as the liquid is really good. We didn’t have any, unfortunately, but I’ll definitely try that next time!
– I used the leftover veggies that my mom grilled up on Wednesday. It was a combination of bell peppers, summer squash, and zucchini, but I’d be willing to bet any vegetable combination would work great!
– I loved the added bite of parmesan in this recipe, as well as the gooey texture it gave the quinoa, but I tried some without it and it taste just fine as well.
– This is just packed with protein and fiber, so I was full until dinner!

In other news, yesterday three of my best friends and I hung out for the last time. Well, it won’t be the last time, as we’ll all be attending a baby shower next Saturday, but one of the ladies, Josie, is moving to Florida at the end of June! She was lucky (and talented) enough to get a great job at what sounds like a great school within just a few weeks of earning her undergrad degree in music ed. So cool. We’ve been friends since my first year of high school, so it was bittersweet knowing that we won’t be able to get together whenever we want to once the move (and Amber’s baby!) comes. Despite that lurking bit of sadness, I had a great time with the group! Here are a few pictures of us over the years: 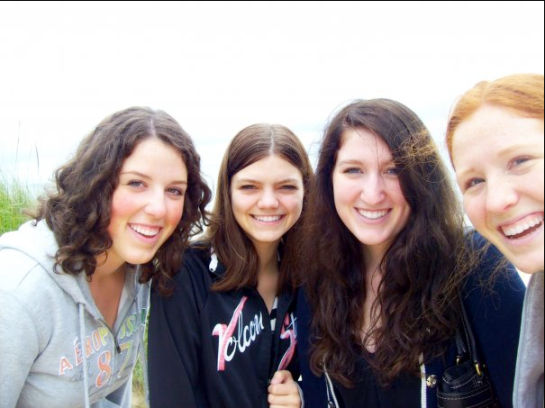 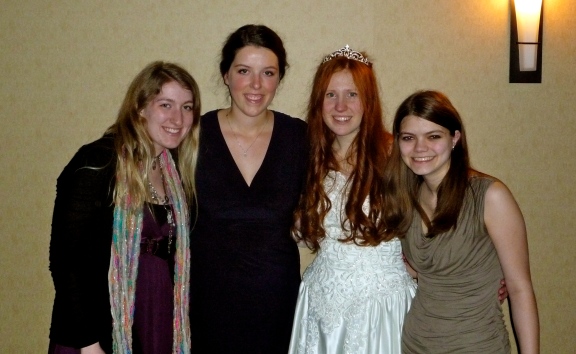 Well, I’m off for now: picnic and playground day with the kids.

Have a wonderful Friday!

“The art of being happy lies in the power of extracting happiness from common things.” - Henry Ward Beecher • I find this quote to be so relevant in the midst of all of this uncertainty. For me right now, the common things - exercise, blue skies, reading, baking, art - are keeping me grounded and sane. I hope everyone else is able to find their little bit of happiness, too. 💙