I mentioned it before in this post about Brighton: I love love loved London, but sometimes, it was so nice to get away from the loud, bustling city. Fortunately for me, there were plenty of parks that surrounded Kingston-upon-Thames that I could walk or take a bus to when I needed some peace and quiet.

One of the first parks I visited was actually by mistake. My friend Lauren and I went wandering one afternoon along the River, and eventually noticed a fence had started up to our right. The field past it was beckoning us, and we eventually found a place to get inside. (That was when I realized I forgot my camera – I’m still so mad at myself for that!

The pictures below are not mine, but if you click on them, they bring you to the original sources.) 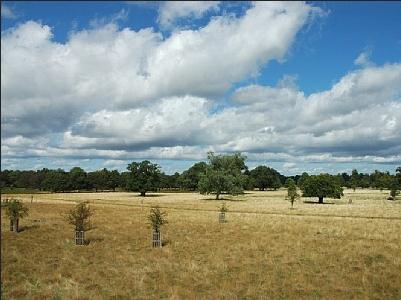 We had absolutely no idea where we were or which direction to go, so we just started walking. Eventually, we came upon a field dotted with trees and….deer? 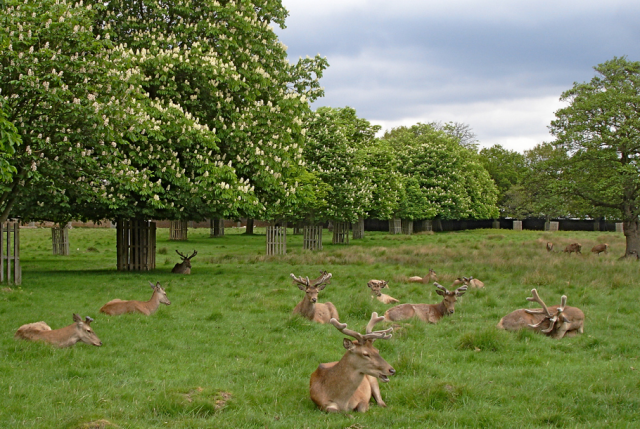 At first, Lauren and I didn’t really know what we were seeing. There were so many deer surrounding us, that we eventually realized this must be a royal park. Sure enough, when I got home to research it later, I learned we had been in Bushy Park. This park, which was eventually taken over by King Henry VIII (because, really, what didn’t he take over?), was established as deer-hunting grounds (source).

Of course, they don’t hunt the deer anymore, but there are still so many of them. Part of the park has also been turned into a golf course. For two American girls, it really was quite a sight.

As we walked on (we still had no idea where we were or where we were going), I started to catch a glimpse of a huge, looming building. As we rounded a bank of trees, there was Hampton Court Palace. 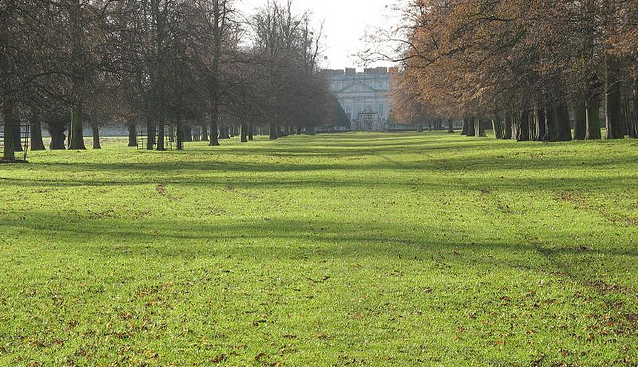 I believe it was at this point that the park turned into Hampton Court (or Home) Park. 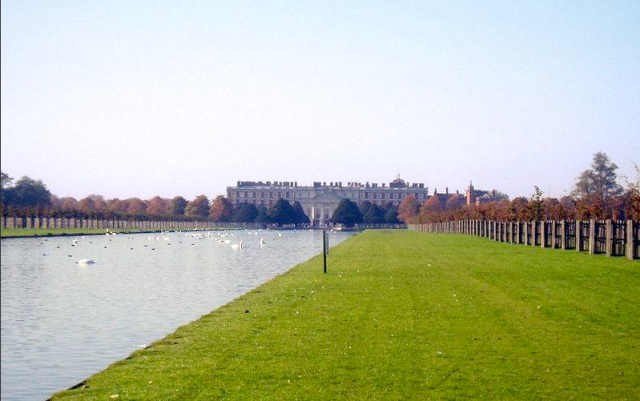 The pictures above don’t quite capture what we saw that day: the sun was setting behind us, casting an orange glow on the palace. The only noises we could hear were coming from the ducks and swans in the lake and a few snorts from the deer behind us. It was just amazing.

(My friend Lauren smartly had her camera with her – credit for the photo below goes to her!) 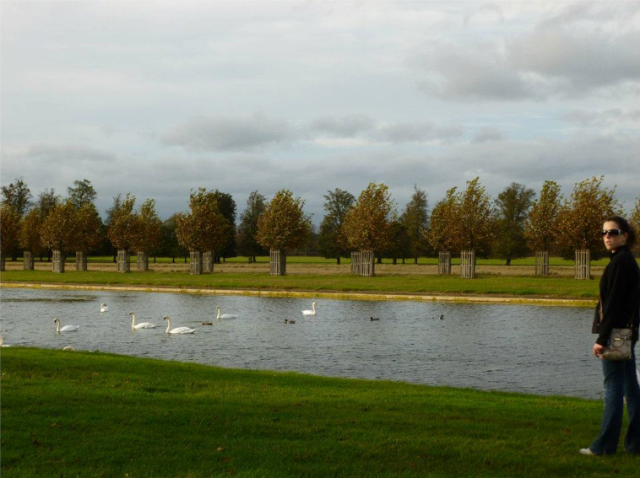 As we passed the lake, we came upon a road, which eventually lead us out of the park. After further investigation, it turns out that Lauren and I had walked a five mile (!) loop along the Thames, through the park, and back to Kingston Bridge. It was just an amazing way to spend an evening. 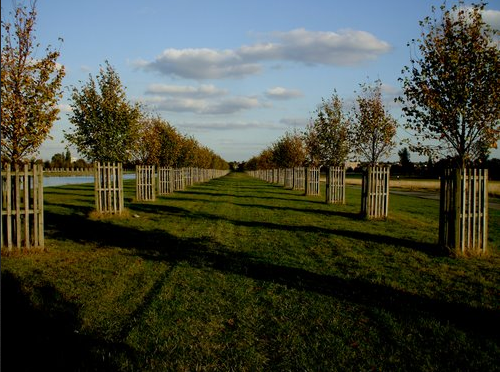 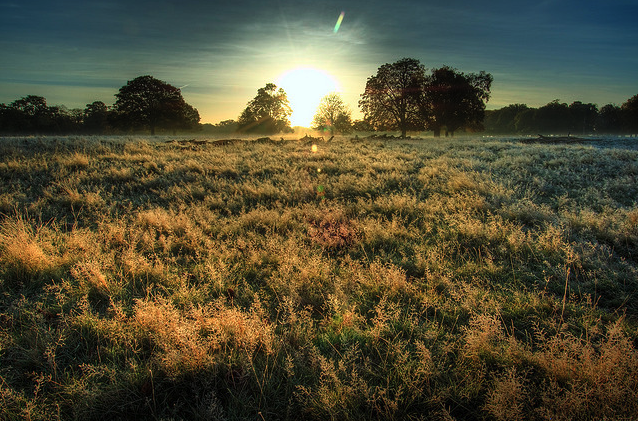 Richmond Park was just a short bus ride from Kingston. It was built in the early 1600s, and was actually first used as a place to get away from the city by Charles I – but in his case, he was escaping the plague. I’m very glad we didn’t share the same reasoning!

The first time I visited this park was actually the second weekend I was in London. I had next to no idea how to use the bus systems, and the map I had didn’t help. Long story short, I ended up wandering a good mile past the park before turning around and finding it! 😛

It was a cloudy, humid day, but perfect for some exploring and hiking! 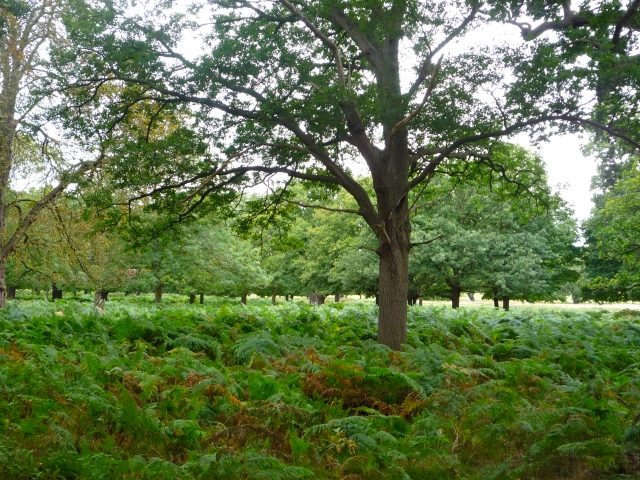 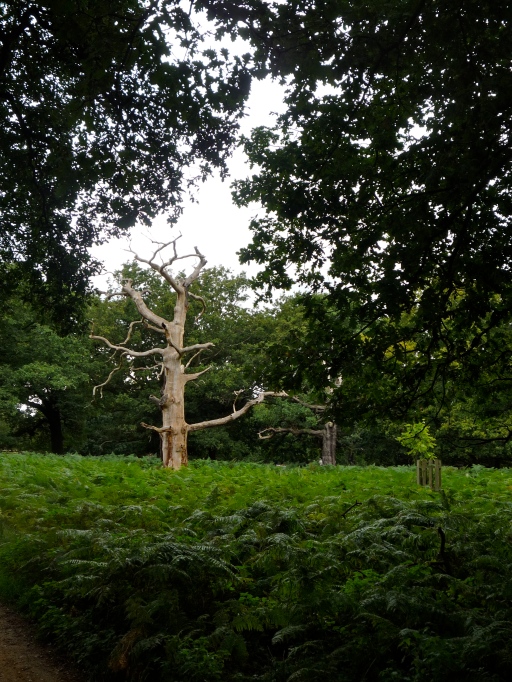 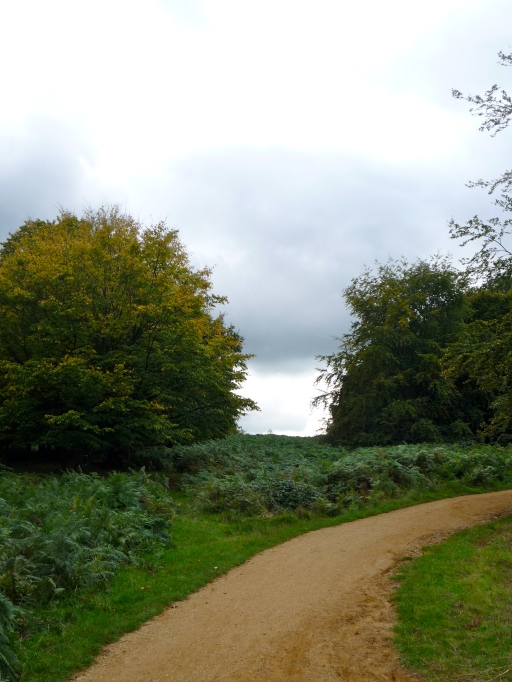 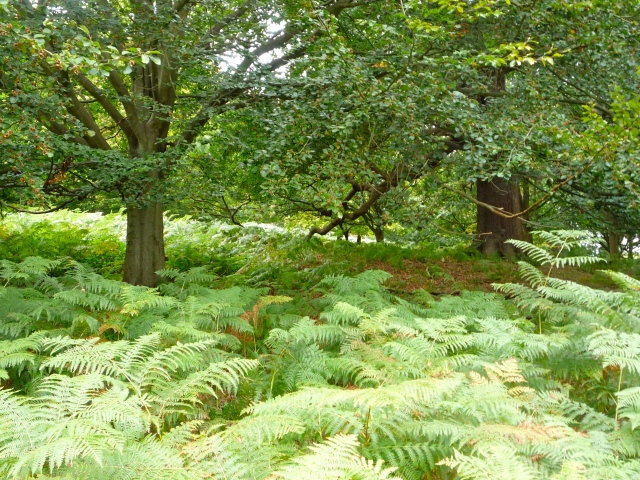 There weren’t any deer in the part of the park, but there were some wild canaries! 🙂 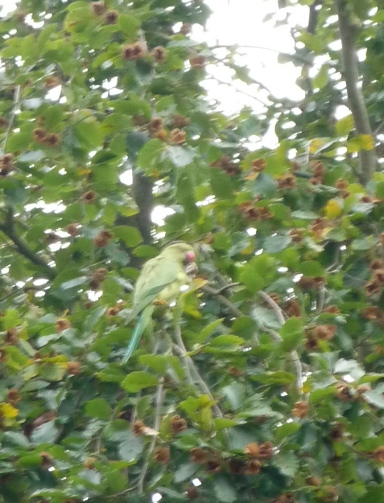 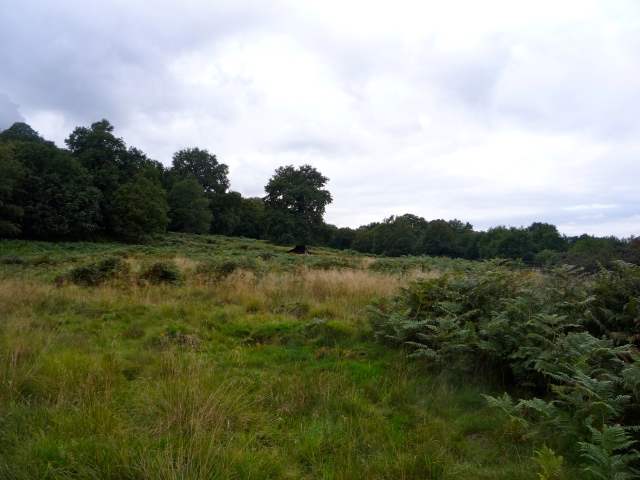 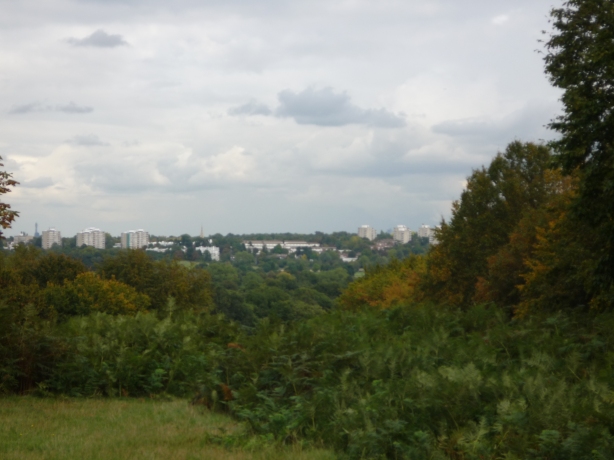 The second time I went to Richmond Park was around this time in October, and I went with a small group of people. Thank goodness, too – the deer were very active this time! 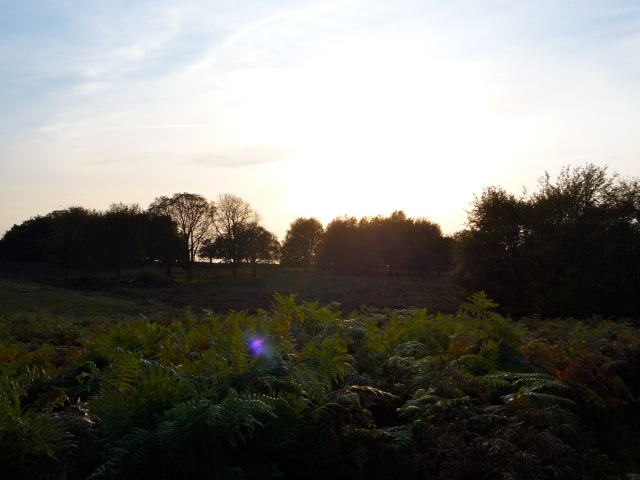 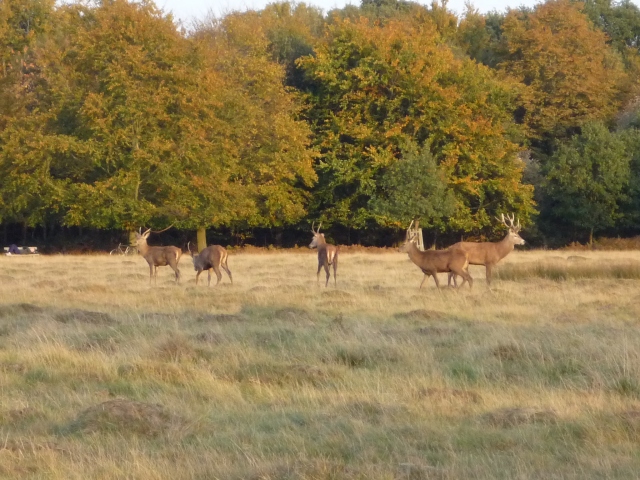 There had also been recent reports of people and dogs getting attacked by the deer. Of course, those people might have been aggravating them, but still…we were very cautious! 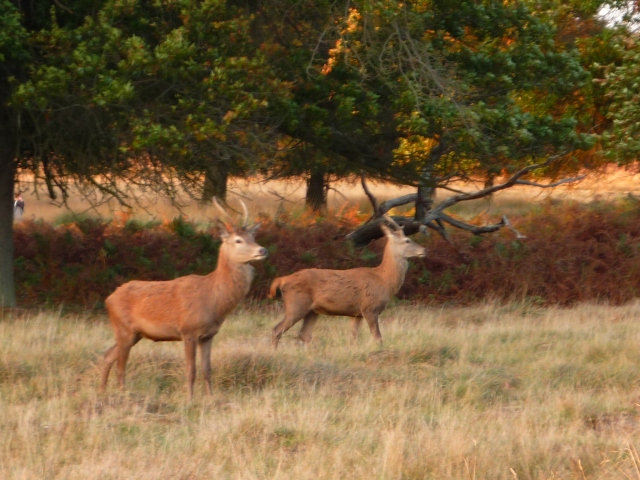 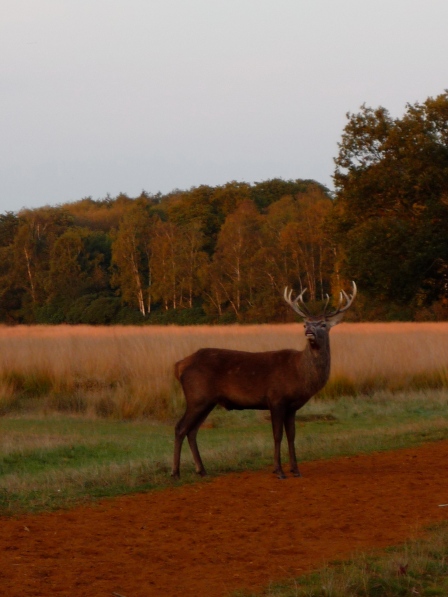 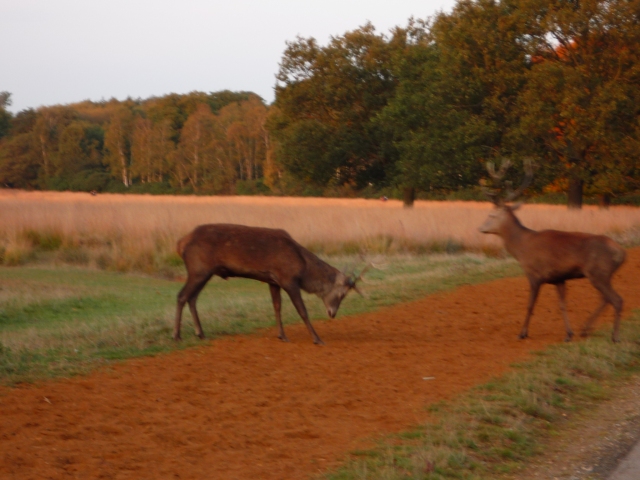 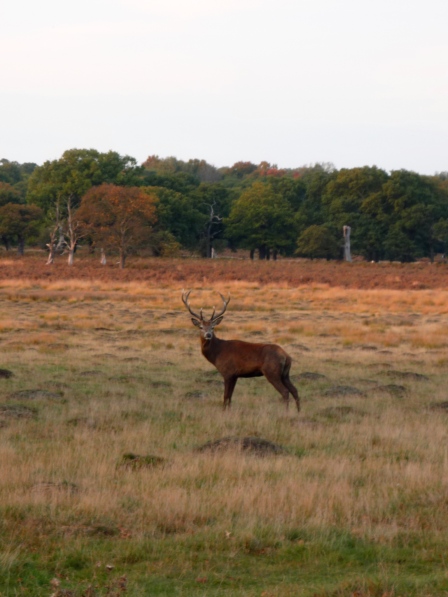 As the sun went down, it started getting chilly, so I called it a night. 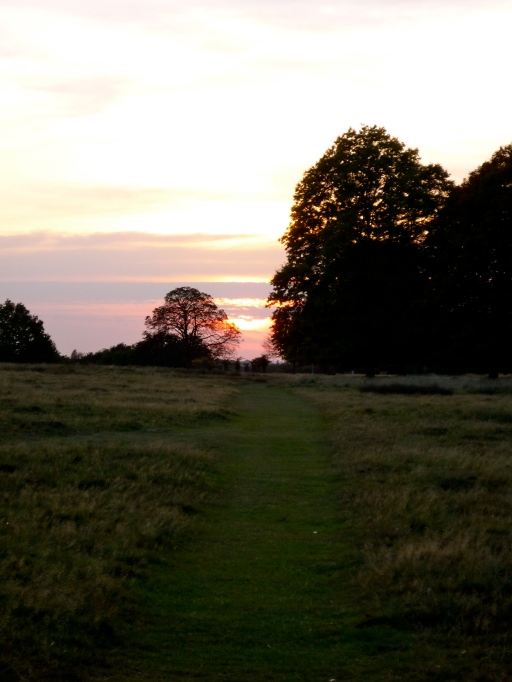 The Brits definitely know what they’re doing when it comes to parks. I wish America had more like this!

I hope you enjoyed the pictures! Have a great day!