I’m very excited to share my pictures of and story about Buckingham Palace with you! Before I do that, though, I want to say thank you to those of you who left such nice comments on yesterday’s post! I’m feeling a bit better today, but your comments really mean a lot. So thank you!! 🙂

When I was studying in London, I made a lot of international friends, which was one of the best parts of my trip. Funnily enough, most of the friends I made were fellow Americans from all over the country. That ended up working well, though, because all of us wanted to take advantage of our time in London and be tourists together.

One day, my friend Lauren contacted me and told me that Buckingham Palace was opening a number of its rooms to the public, which doesn’t happen too often, I guess. If you bought a ticket, you would get an audio tour (a recorded tour that you listened to with headphones while walking through) of 19 staterooms, the chance to see the Royal Wedding exhibit, a Faberge egg exhibit, and be able to walk around the gardens behind the palace. If I remember correctly the price wasn’t too bad, so Lauren and I immediately jumped on the opportunity!

Needless to say, Buckingham Palace is one of the most recognizable landmarks in London – if not all of the U.K.! Four years before I studied in England, I was already in love with everything about it, including the Palace. However, since Kate and William and their wedding came onto the scene in early 2011, I have been obsessed with it! I was so excited to be able to go into the rooms, see some of the palace rooms so many generations of royals have been in, and not to mention, “the dress”. 🙂

When we arrived we went through a security check (like an airport) and were led to a lobby of sorts. Here we were given our headsets, and told to press “1” when we got into the first room.

Unfortunately (though understandably) we were not allowed to take pictures inside the Palace. However, I did try to find pictures online to accompany my narration! (Note: clicking on each of the pictures will bring you to the original source.)

The staterooms were massive and all so beautiful, to the point where it was almost too much to take in! I just remember walking from room to room, looking at the portraits and tapestries, and wondering which royals (Queen Victoria? Princess Diana?) had stepped foot in the very spot I was. 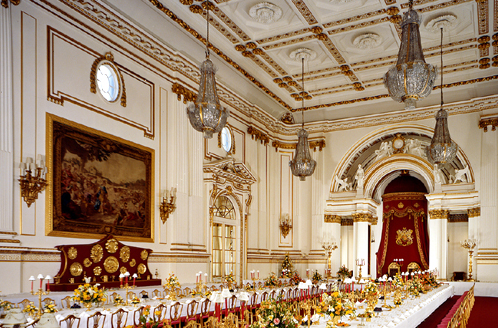 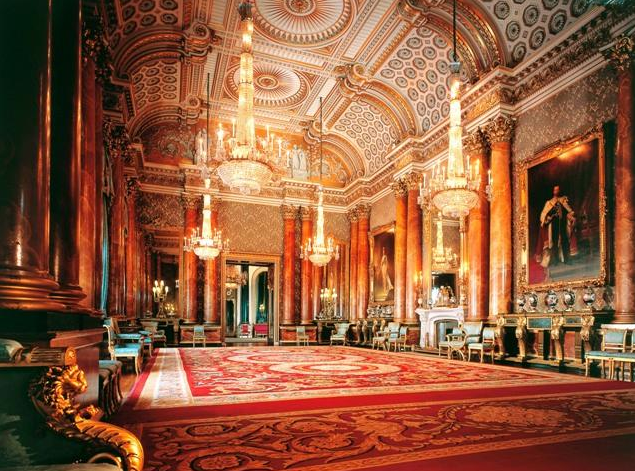 I was probably getting a bit too dreamy, but, when in London…. 😉

Another thing that I remember is the immense amount of detail put into every square inch of that building. When you’d go from one room into another, even the doorframes and arches were carved in tiny, intricate designs: little leaves, patterns, or crests. It really was amazing.

After passing through quite a few rooms, you came upon the wedding exhibit. In it they had included Kate’s dress, shoes, earrings, tiara, and the wedding cake (not the groom’s cake, but the gorgeous, tiered, white one). Of course, there were plenty of pictures to go along with it, but it was so cool being right there, where so much had happened.

They also had a video of Sarah Burton, the creator of Kate’s dress, describing how they came about the idea and silhouette, and also how they made it. Apparently, to make it unique to only Kate, they took different bits of lace from various pieces, sewed them together, and replicated the new creation for the rest of the dress. The bodice is detailed with roses (England), thistles (Scotland), daffodils (Wales), and shamrocks (Ireland) [source]. So cool!

Another room that I distinctly remember was one of the smaller rooms. The cool thing about it was that a section of the wall could push back, and was/is used as a passageway for the Queen if she ever needs or wants to make a quick getaway. That just struck me as so neat – secret doors in walls are something you read about, and I got to see one!

We got through the Palace all too quickly, but at least were able to take pictures in the garden! 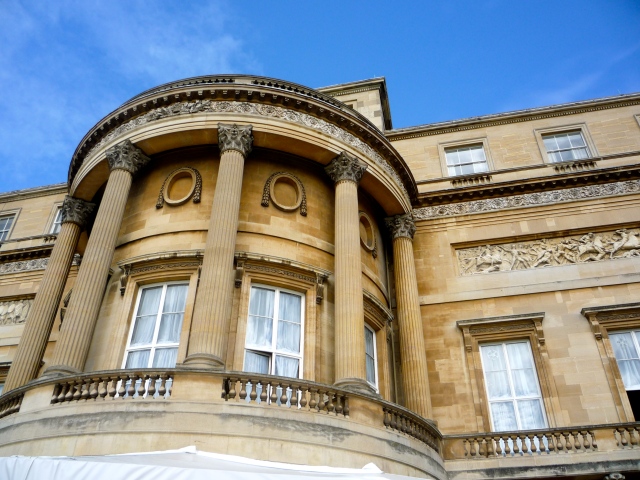 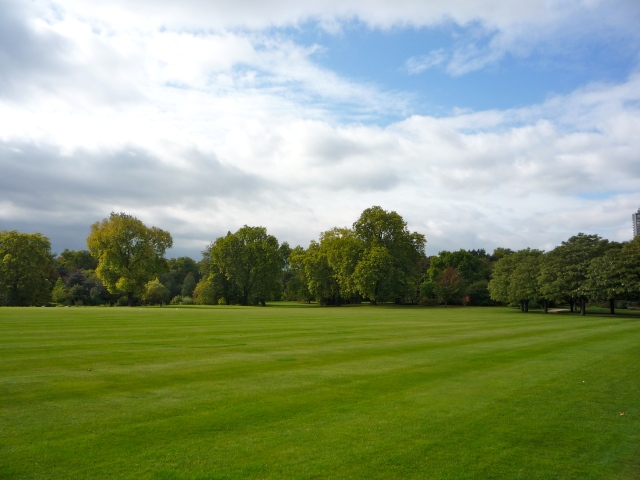 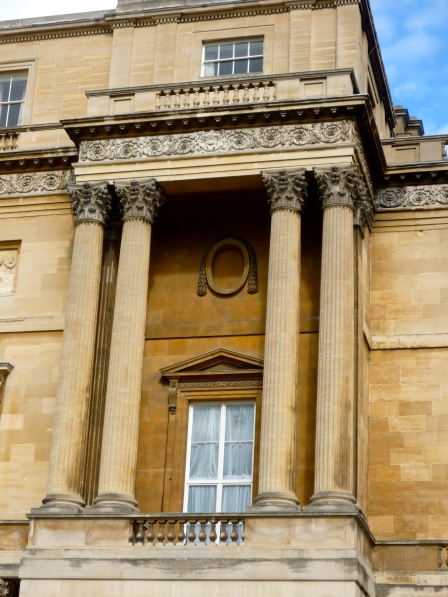 In true England fashion, there had been a chance of rain as I left Kingston (which is why I was wearing the rain coat), but it turned out to be sunny and windy. My raincoat didn’t really stand up to the cold and wind, but at that point, I didn’t care: I was standing in the gardens of Buckingham Palace! 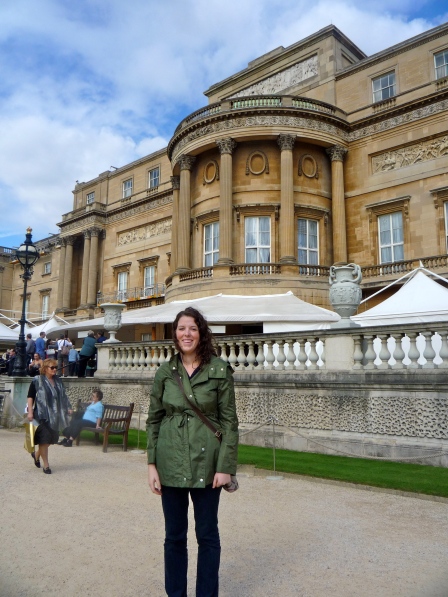 We wandered along a pathway through the gardens for a while before coming upon a gift shop and the exit. 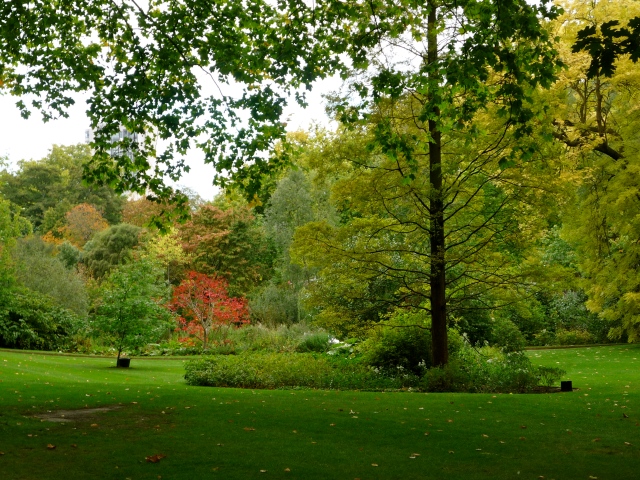 Being able to go inside Buckingham Palace was such an amazing opportunity, and one I will never forget! I actually just saw online that it is open to the public again through the beginning of October, so if you have the chance to, it is definitely worth going through!