Hello! I hope you all enjoyed the recap of day one! Day two was probably my favorite out of the couple of days we spent in Puerto Vallarta. We woke up to a gorgeous, cool morning… 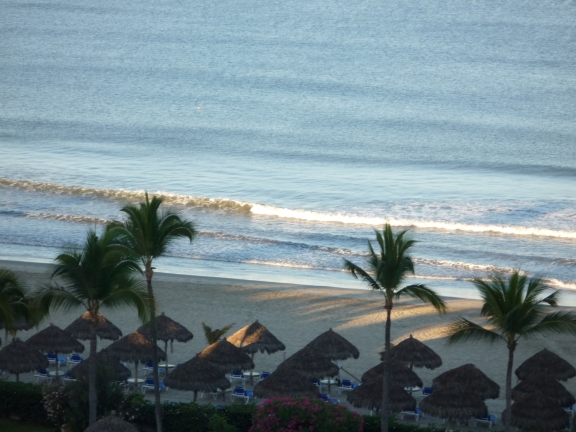 And headed down to breakfast. I’ll say it again: the food in Mexico was amazing! The breakfast was chock full of fresh fruits, cheeses, meats, juices, veggies – everything! To start off, I poured myself a glassful of two of the juices they had.

The one on the left is orange juice, and the one on the right was one of their specialty “power” juices. I think it had orange, carrot, beet, papaya, and maybe some other juices in it. Then I loaded up my plate:

Fresh fruit, sliced ham, smoked salmon, and brie cheese. And to finish off, a cappuccino! 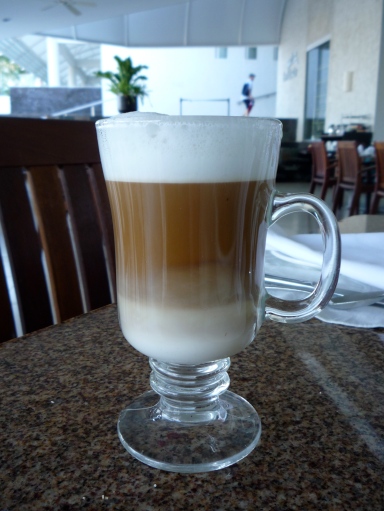 Most of day two was spent lounging around the pool in the sun. Please excuse the lack of pictures. 😉 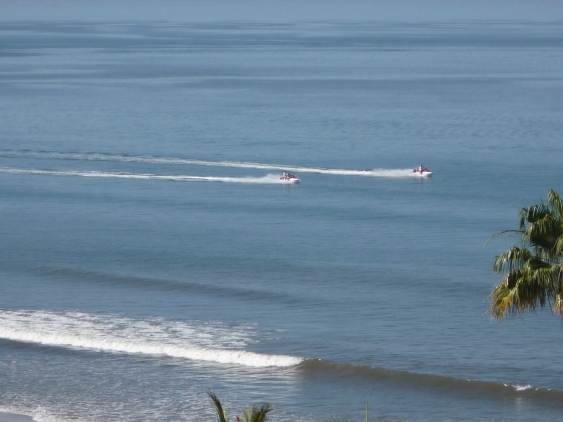 Then, at around 4:00, we took a taxi to a port a couple minutes away from the resort. There, after waiting for a while and taking some pictures….

….we boarded a boat for this amazing experience called “Music of the Night”. The boat ride was one of the best parts about the whole thing – the crew members were hilarious, and created games and pumped out the margaritas and pina coladas to make the crowd more comfortable. There was lots of fun music, and it was just a nice time to relax and enjoy the scenery. 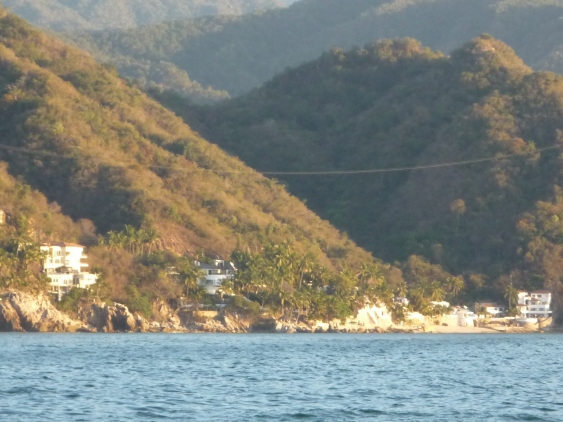 The boat ride was about two hours long, so we got to see the sunset over the ocean. 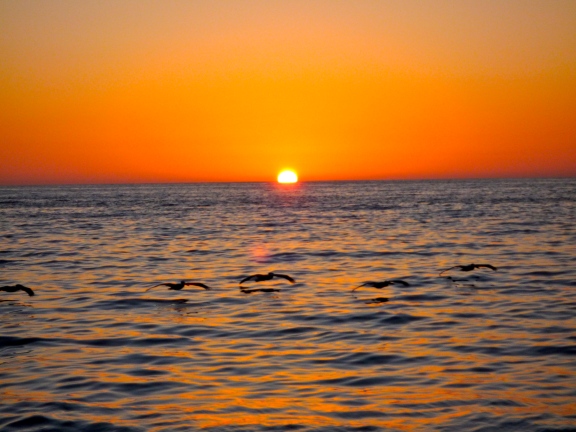 When we arrived on the island, it was dark, and all you could see were the small dots of light from the torches they had set up. 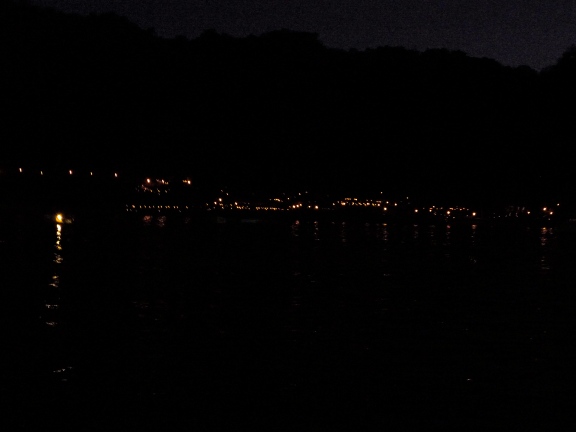 They only used candle or fire light – nothing artificial or man made (except for later, on the stage). In the distance you could hear drum beats. It was SO cool. It totally reminded me of Survivor – you know, the TV show? 🙂

When we arrived on the island, we were escorted up the mountain to a huge buffet for dinner. After dinner, we climbed through the jungle to the stage.

This guy was absolutely hilarious. 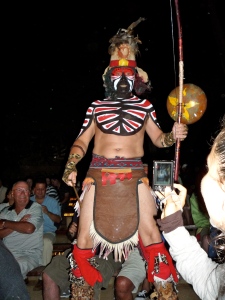 It’s hard to explain (kind of one of those “you had to be there” situations), but basically he kept jabbering away in some sort of non-sensical language (I’m pretty sure it was made up) and would mock the crowd and performers every so often. He would walk around and shout “No photo!”, but then strike a pose (like the one in the picture) and smile. Very funny.

Before the performance began, to put the audience in the right mind-set, they turned off every single light in the valley, and oh my goodness, was it an incredible sight. I have never seen that many stars before. The jungle was alive and buzzing with creatures, and that, combined with the seemingly eternal darkness, was too amazing for words. 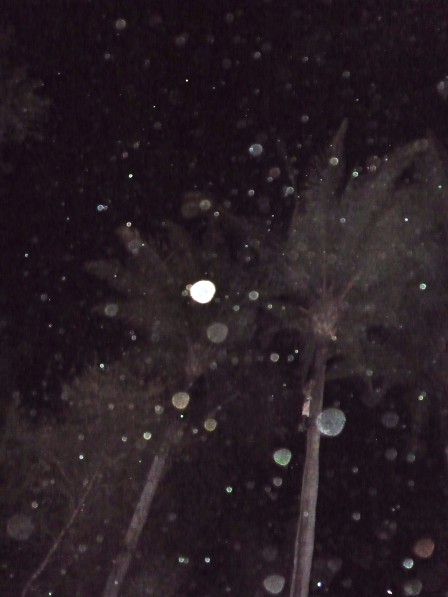 I took this picture before the turned off all of the lights - I didn't want my camera flash to ruin the impact.

The show was basically a performance of native music and dance. Because it was so dark, and I didn’t want to be rude, I didn’t take any pictures or much video, but believe me: it was an awesome show!

The boat trip back to Puerto Vallarta was just as fun as the trip to the island: again, the crew put on a couple of hilarious performances for us, and kept everything lively even though it was pretty late.

That was the end of day two in Puerto Vallarta – check back soon for a recap of day three! 🙂