Hello all! I hope you’re having a great Thursday so far!

So I really only have one Thursday Thought to share with you, and that is that I’ve decided to begin a new, short-term project on my blog. It was a month ago yesterday that I left to study abroad in England. It was the most life-changing experience I’ve ever had, and I think about it and miss it every single day. I also remember promising you all tons of posts about what I did and where I went when I was abroad, and I figured that this project would be the best way for me to relive it, share my pictures and thoughts with you all, and document my journeys and travels online.

The way that I’m going to try and do this is by posting on the corresponding day that I did something while I was over there. Did that explanation make sense? Basically, if I went to Oxford on October 21st last year, I’ll do a recap post on October 21st this year. Now, obviously, I might not always have the time or energy to blog on a certain day, but, generally, I’m going to try and stay on the exact day of the week that the event/trip/whatever occurred on.

I’m really excited to start this project, and I hope you will follow along and feel free to post comments – I love them! I will, of course, keep doing WIAW and uploading recipes, but since food, travel, and writing are three of my favorite hobbies, I’m looking forward to adding this project into the rotation for a few months!

And so, I will begin!

If you’ve been following my blog for a while, you know that last fall I studied not in Central London, but in a “suburb” town called Kingston-upon-Thames, while I lived in another suburb called Surbiton. Both were such great little towns with plenty of things to do and see, in addition to their convenient locations around some of London’s best attractions – not to mention London itself! OK, I know I sound like an infomercial, but Kingston in particular really is that amazing.

My second day in Kingston was filled with a whole bunch of new student stuff – filling out forms, getting my ID, etc. After all of that was finished, I met up with my dad to find some dinner. (By the way, if you’re just tuning in, my dad flew over to London with me and stayed for a few days. It was great! He stayed in a hotel in Twickenham while I stayed at my landlady’s house for the first few nights. He also was able to go up to Edinburgh while I stayed back and took care of more student-y stuff.)

Anyway. Obviously, when in London, you need to go to a pub. My dad and I stopped at one of the first pubs that we saw, which was called O’Neills. It became a favorite of mine while I was there. My dad loves traditional pub grub, and so ordered the steak and Guinness pie, which came with an ale gravy of sorts and potatoes and peas.

I got salmon. Unexciting but good!

Funny story about that night: while at O’Neills, I went to the bathroom – sorry, the toilet – and while I was washing my hands, a couple of girls were in there putting on makeup and doing their hair. They asked me if my hair was naturally that curly, and when I replied that yes, it was, they both stared at me and asked, “Are you American?” I laughed and told them I was, and the three of us launched into a conversation about accents. They told me they loved the American accent, and that it was so beautiful that they and their friends would sometimes “talk like an American”. Which is hilarious, because, I don’t think the American accent is at all attractive. But I did tell them that my friends and I often used to “talk in a British accent”, because we love it so much! The girls were so sweet and funny, and even though our meeting took place in a bathroom, it was still a great way to start my American in England adventures! 🙂

Anyway. A few days after arriving, Kingston University offered us international students a free tour of the town led by a current student. It was a great way to get to know Kingston, especially since the tour was from the point of view of a student. 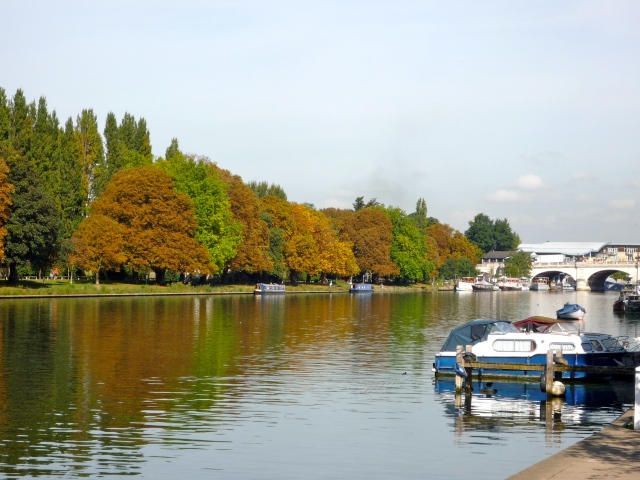 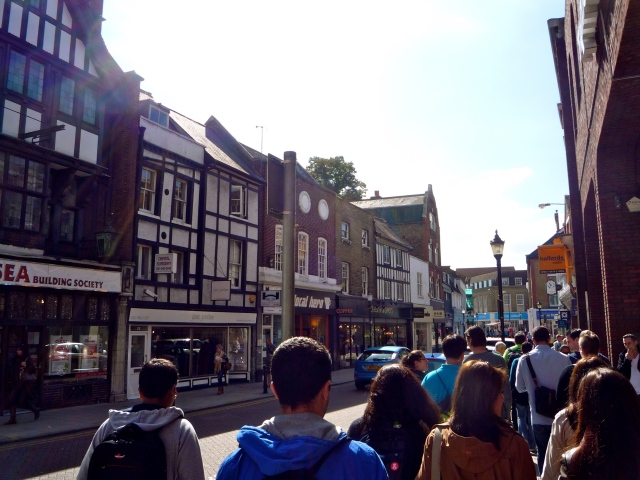 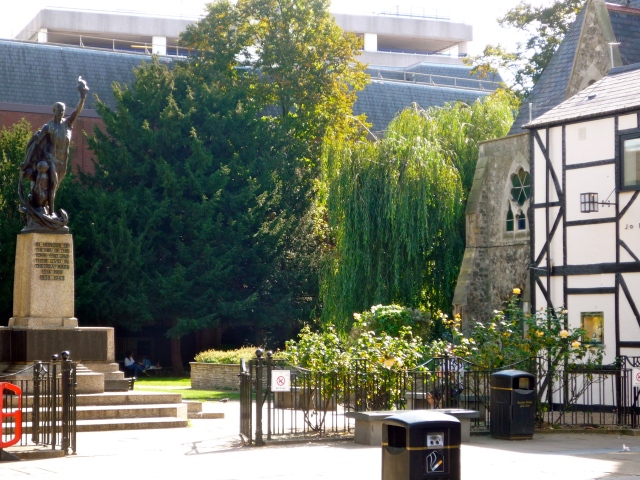 And so concluded my first exposure to Kingston-upon-Thames. I hope you check back on Saturday for another post!

Have a great day!

P.S. This post is my 100th on Liv Lives Life! I can’t believe I’ve written that many in less than a year, but I just want to say a huge thank you to my readers! I love blogging, but knowing you’re behind it makes it that much more worth it, so thank you!

← What A Week…Already
Pumpkin Cupcakes →
Follow my blog with Bloglovin